Projects > Instruments generator >
Testing
06/08/2017
Instrument_Def_Eb2_trumpet_1tr_0.2_100_20170806.zip
The thickness correction (of the horn) was implemented and the instrument generated.
A ring around the bell has been added to improve the printing and is also a reinforcement on this part.
27/06/2017

At the request of a trumpet player, a model of E flat natural trumpet is being created.
For now only an adaptation of the length of the trumpet has been made in order to agree with the key of E flat (Bb2 towards Eb2).
Also the bell remains the same as a B flat trumpet, as well as the leadpipe.
For the occasion the instrument generator has been refreshed with a new "core" function for curved pipe generation. The software is now much faster (before it took about 8h and 5-10GB of ram per piece for a high definition, now it's 3 minutes and less than 512MB Ram).
The correction of the thickness (according to the curve of the bell) was reached differently with the old method, so it will be necessary to correct this point again in order to generate the bell. 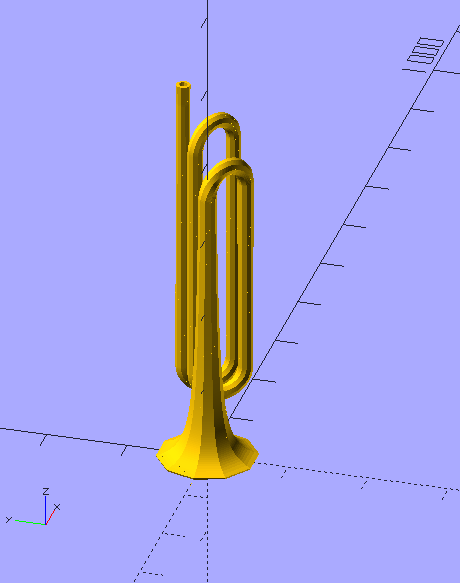 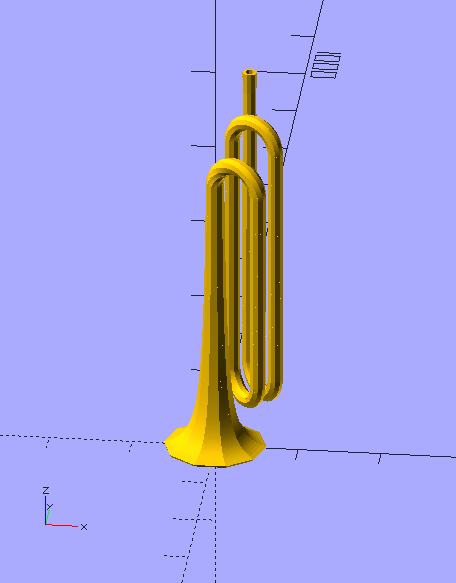 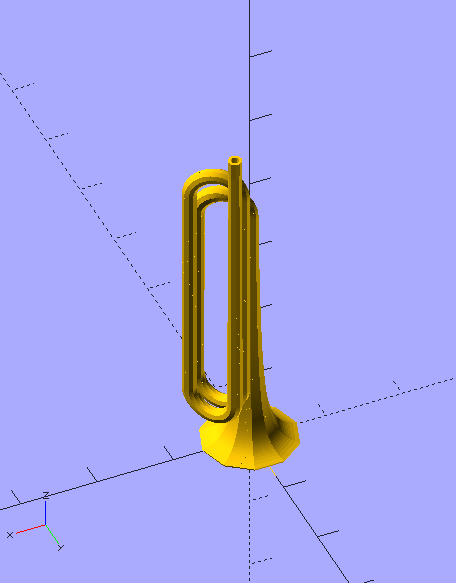